Parker may be tempted to name the same XI that secured Fulham's first point of the season last weekend.

Jordan Ayew has tested positive for COVID-19 and misses the trip to Fulham.

Roy Hodgson has also confirmed Gary Cahill will miss out this weekend after taking a nasty shin injury against Brighton.

With James Tomkins also a major doubt, Mamadou Sakho could return to Palace's back four on Saturday.

The Eagles are also without James McCarthy, Connor Wickham, Nathan Ferguson and Wayne Hennessey, with new signing Jack Butland expected to cover for the latter on the bench.

Fulham were minutes away from their first win of the season, but were forced to settle for a point at Sheffield United last weekend. It's a step in the right direction for the relegation threatened side, however.

Similarly, Crystal Palace came perilously close to a win over rivals Brighton, but conceded a late equaliser at Selhurst Park. Palace managed just one shot in their 1-1 draw with the Seagulls and will look to put in a stronger attacking showing here.

Fulham may have made a poor start to the season, but if the new signings can quickly gel, then there is no reason why they cannot follow up their point in Yorkshire last week with another result here as Crystal Palace gear up for the second London derby in their last three league outings. 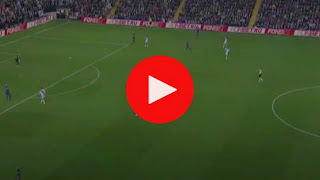